A Story with Twists and Turns

When I first met Sanjay he was just 3 years old in November 2008 and begging in the mountains in the village of Bahundanda with his grandfather.  I went to his very humble home it was in a very sad state seeing this home filled my heart with the desperation that this family must feel, their need so great 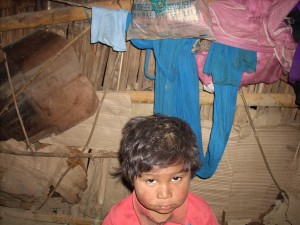 In this small shack lived his mother, sister and grandfather.  The mother burst into tears and said she could not look after Sanjay they were all starving. 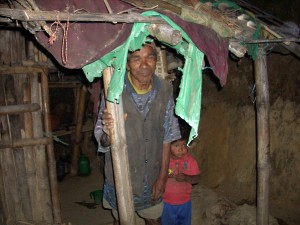 Looking at Sajay we could see that he was malnourished and needed some care.  Following this visit we arranged for him to see a doctor in Kathmandu.  We were told he was in need of care and a good diet.  We went back and spoke to his mother and offered help for Sanjay in Kathmandu.  We found a small residential school there.  He was loved looked after and educated although we did worry a lot because he did not speak at first but I knew somehow it would all be ok, and eventually he became very chatty indeed. 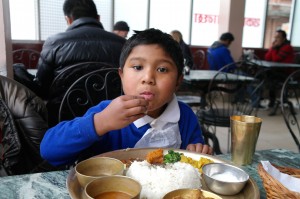 During this time we kept in touch with his family and also took him back to visit regularly during the  school holidays.  His story is a complicated one, as his mother during this time remarried she was a widow when we originally met her.  Everything was going well as she had a new husband and he was happy to take Sanjay on.  Hicap planned then to purchase a home for the family so that Sanjay could live a better life with a loving family.  But the happy ending was not to be, his mother’s new husband fell off a mountain while working, he was a donkey carrier.  Following this I visited her and found her extremely depressed as she spoke to me with her daughter in her arms.   She said she was scared and could not look after her son Sajay yet. 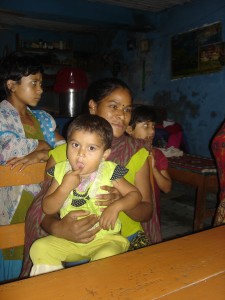 Hicap myself, said we would continue to look after him until she was in a better position and we had       succeeded in purchasing a home for the family.  Following this discussion we secured a residential place for Sajay in a school at the bottom of the mountain area in Besishahar.  I Worked at the same school for 3 months to make sure that yet another move did not affect Sanjay too much.  He was fine and happy there seeing his mother regularly.  But, again things were going wrong, his mother had now got a job in Besishahar whilst thinking this a good thing we were not sure, as she had been leaving her daughter with the grandfather while working.  We spoke to her day after day about the house that we were about to secure for her, but it seemed that she had met another man at the guest house where she had been working and wanted to take her daughter with her, her new husband did not want Sanjay.  Yes! the complications of working with families in Nepal.  We had been taking care of Sanjay now for 4 years.  We had found the family a home, and officially bought it.  But we did not have a complete family to live there, although Sanjay was still in our care and his grandfather. 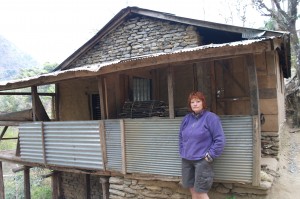 I was concerned about what to do, we had placed the Grandfather in the home, but could not expect him to look after Sanjay if we moved him from the residential school.  I was trekking back from the village to the guest house where I was staying and bumped into a chap that I had got to know over the years Baburam.  I got talking to him about the situation that we were in.  I told him to meet me at my guest house with my project manager Binod later.  I had an idea!  Later we went to meet his mother he lived in a very basic shack with his family. 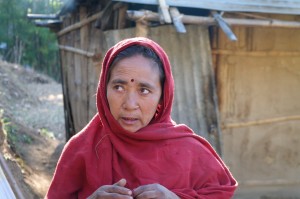 His mother cried tears of joy when we proposed our plan to her of giving the family the new house we had purchased if they were prepared to look after Sanjay and his grandfather, we of course intended to support them in this.  The whole family were overjoyed.

So Sajay and his grandfather were  to be given somewhere to live in comfort. 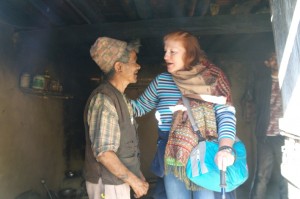 The family moved into the house.  Sanjay was transferred to the local school in Bahandanda. From the beginning Sajay has been sponsored, his sponsors have help us a lot in our plight to get things right for him and his grandfather

So all’s well here, with Sajay and his grandfather.  Sanjay is doing so well at school and we have been told he is very bright and has been put up to Class 4.  That is what Hicap aim to do keep the children in their own environment retaining their culture.  Unfortunately Sanjay’s mother has run off with her new man, but we were there to do our job. 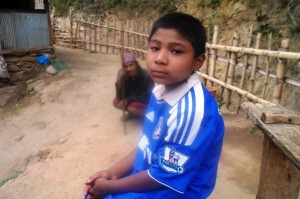 Finally though the 25th of April an Earthquake brought our foster house down, all the family is fine and it is being rebuilt and got ready for another 2 orphans Our Twins.  Their story to come soon.